Described as “50 Shades but worse” by my younger sister, I had a suspicion as to what I was in for before pressing play on 365 Days, the number one film on Netflix right now. Based on the Polish novel 365 Dni, author Blanka Lipińska is palpably a fan of the Twilight-based works of E.L James. This film feels like another splashless drop in the pool of films about problematic men who enjoy dominating attractive women, and it’s undoubtedly the copious fornication that pushed the adaptation into the streaming service’s top spot.

Spoiler alert: this review reveals plot points that may ruin the storyline if you haven’t already seen 365 Days. If you have, it’s likely ruined itself already.

Director Barbara Bialowas introduces us to the attractive, sexually frustrated protagonists; Massimo (Michele Marrone), a gangster CEO who oozes financial flex as he forcefully seduces an air hostess, and Laura (Anna Maria Sieklucka), a tenacious sales director whose boyfriend Martin leaves her satisfaction to a vibrating wand. There’s no need for Avril Lavigne to make it any more obvious as to how this story is going to pan out.

The film follows toe-for-toe in the footsteps of Twilight and its adult equivalent 50 Shades of Grey, but 365 Days ramps up the sex in exchange for plot, leaving the bare bones without much flesh other than Marrone’s buttocks, which get ample screentime. There are teasers suggesting we may be thrown other titbits of story to pad out the softcore porn, like the man Massimo murders for dabbling in child trafficking, and the mystery of how he found Laura, or what she was even doing on the beach in the first place. And let’s not forget that our male protagonist also boasts a 10ft portrait of his wannabe lover that he’s had at home “for years”, which opens a whole barrel of questions about his obsession and general mental state.

But up-close these potentially juicy fruits are made of wax, as the story arc trails desperately after the Edward Cullen and Christian Grey format: mysterious and sexy, then all guns blazing sexy, followed by a premature engagement, and finally shock as oodles of unprotected sex inevitably results in pregnancy. 365 Days even delivers on the danger-becomes-saviour trope as Massimo rushes in to kill a nightclub predator, although the overarching kidnapping concept brought a sprinkling of Stockholm syndrome that was absent in both Twilight and 50 Shades.

In a world where porn is the norm it’s hard for sex to shock, but Bialowas manages it with the oddity of some of the more explicit scenes. The aerial view of Laura and Massimo going full pelt on the bow of his yacht is bizarre, and must only have been thrown in to diversify the clichés of clasped hands against bed sheets and sex-on-sink shots. Odd as it is, it is preferable to the four, yes four, shopping slash make-over slash man-looking-disinterested-at-clothes scenes. From the flamboyantly dressed male assistants to the drunken besties singalong, these scenes kick any vision of 365 Days as a saucy gangster thriller right back into the sexed-up and slightly trashy chick flick box where it belongs.

The soundtrack does a lot of the legwork in this film – if the components of 365 Days were a relay team, the script is the lethargic kid who’s been forced to run despite his forged sick note. The flicker in Sieklucka’s eyes suggests that Massimo’s hat trick of “Are you lost baby girl?” utterances are supposed to be sultry, but… they just aren’t. And then enter the shower scene: if anybody ever got laid with the line: “Why are you looking at it? Do you want to touch it?”, then they shouldn’t have. The questions are framed with such a high-pitched boyish curiosity that this thuggish but suave Mafia boss is suddenly reduced to a weird eight-year old who would bring his pet slugs in for show and tell. Luckily a bassy backing track kicks in and reminds us that Massimo and Laura are naked and there’s sexual tension, and Marrone’s own crooning on the soundtrack puts the mood back in place.

There was some relief in Laura’s presumed death at the end of the film. The less-than-subtle disclaimers about her “weak heart” had me convinced that we’d lose her to cardiovascular issues, but instead she drives into a tunnel and just never comes out. It’s as though producers realised they’d reached the 1 hour 30 mark and needed a quick way to wrap things up. The brief scene with Anna, the Mrs Robinson-esque ex, looms as a likely lethal end for Laura, and so we’re left assuming that she’s responsible for throwing a red-eyed Massimo onto his knees when he learns about the incident.

There are welcome deviations from its predecessors that give 365 Days a bit of bite; Laura has a refreshing amount of oomph compared to Meyer’s Bella or James’ Anastasia, which actually makes her collapse into submission a lot more tragic. The film also leaves ends untied, which may be the joy – or horror – of condensing so much content into the last half hour of the film. Thrusted into a plot that feels so familiar, the tangy gangster undertones and Laura’s punchy finesse are refreshing breakaways from what we might expect. But is 365 Days a sexier but lacking reworking of movies we’ve already seen and slagged off? Definitely.

Described by Donsomsakulkij as ‘a wonderfully composed piece of art with startling images and stunning designs’, the aesthetic nature of Miyazaki’s 2001 film Spirited Away undoubtedly has elements of the utopian about it. An important undercurrent of the film which is often attributed to playing a role in creating utopias is the idea of plenty and excess, particularly in terms of food. There is an undeniable abundance of food throughout Spirited Away, however its role is not always of a utopian nature.

END_OF_DOCUMENT_TOKEN_TO_BE_REPLACED

[Originally written for and published by Empoword Journalism]

The nature of certain hobbies has allowed for them to prosper during the pandemic, with the sales of the likes of jigsaws, craft equipment, and flour having skyrocketed. Partner dancing however, is quite a different story.

END_OF_DOCUMENT_TOKEN_TO_BE_REPLACED

[Originally written for and published for Empoword Journalism]

Recent allegations made against Dominic Cummings and the resulting surge of government support for his actions have shrouded the Prime Minister’s chief advisor in a cloak of invulnerability. While many have criticised Cummings’ behaviour, the response has raised questions that go beyond the chief aide himself: are our (mostly) elected representatives becoming a group of untouchables?

END_OF_DOCUMENT_TOKEN_TO_BE_REPLACED 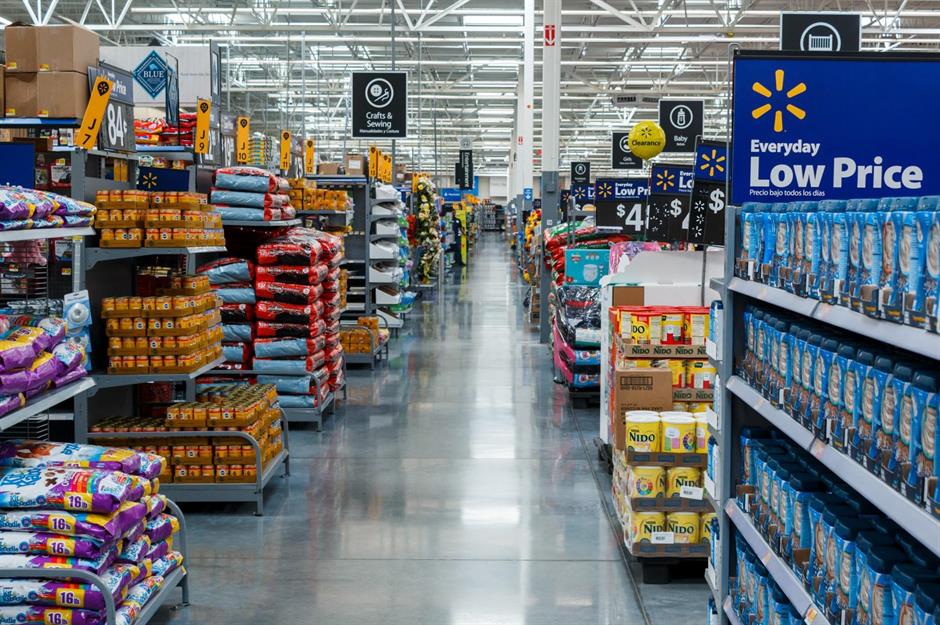 Coronavirus has brought the world to a standstill, and as a result many businesses are struggling to stay afloat. However, some industries, such as those focusing on home entertainment or dealing in essentials such as groceries, have actually seen profits increase, and are likely to continue to do so post-pandemic. While other industries that may be struggling now will see a boom once the COVID-19 crisis is over. These are the industries that are are going to boom, or will continue to boom, in the aftermath of the pandemic.

END_OF_DOCUMENT_TOKEN_TO_BE_REPLACED

[Originally written for and published by The Clothing Lounge]

Motivated by her want to empower women through fashion, Angelique Terrelonge’s eye-catching pieces embody the luxury of fur without the bad conscience. How? With feathers.

Sitting down to chat with Angelique I was intrigued to hear more about feathers as a replacement to fur and came away inspired by a woman determined to use her talents to improve the lives of others.

END_OF_DOCUMENT_TOKEN_TO_BE_REPLACED

We debunk four myths about ethical investing to see how it can make you richer whilst you invest in causes that you support.

Ethical investing has been something of a financial hot topic over the past couple of years.

Whilst more people are paying attention to how ethically their money is being invested, there is also a lot of false information doing the rounds regarding where it’s being invested and the actual impact that it’ll have.

To help cut through the noise about this topic, we’ve debunked four of the most common misconceptions about ethical investing.

END_OF_DOCUMENT_TOKEN_TO_BE_REPLACED

[Originally written for and published by Wessex Scene]

During exam season we are all reflecting on every other place we’d rather be. Instagram feeds are overflowing with “Wish I was here instead of the library” posts, and browsing SkyScanner to see how far £20 will get you is a top form of procrastination (for the record, Antwerp and Esbjerg are supposed to be lovely at this time of year).

I’m no different, but whilst I’m reminiscing over a holiday in Croatia, it isn’t the feeling of sand between my toes or that post-sunbathing nap that I’m dreaming about, but rather a pizza.

Disclaimer: for those of you who shudder at the thought of pineapple on pizza, what follows might be too much to bear.

END_OF_DOCUMENT_TOKEN_TO_BE_REPLACED

[Originally written for and published by Wessex Scene]

As soon as the culinary onslaught of Christmas is over, it’s a matter of days before supermarkets are stocking their shelves with Easter treats. Traditionally eaten to mark the end of Lent, hot cross buns are now available to buy for almost a third of the year, and so it’s easy to see how everyone might already be hot cross-bunned out.

While some may argue that the humble hot cross bun is perfect just the way it is, many supermarkets deviate from the classic to make their buns stand out in this tsunami of sultanas and spices. I’ve had mixed feelings on seeing different flavour combinations this year, ranging from intrigue to horror, so I’ve taste-tested five quirky hot cross buns that I’ve come across to save you the trouble.

END_OF_DOCUMENT_TOKEN_TO_BE_REPLACED

Predicting the impact on global poverty

Anticipating exactly what the future has in store feels like an impossible task in these unprecedented and precarious times – what is clear however, is that the poor will be worst affected by the COVID-19 pandemic. This is the shocking impact that the virus will likely have on the world’s most vulnerable.